On Wednesday 24 August, our Open A1 Netball Team traveled to Trinity College for our annual Intercol Open Netball game with a squad of 12 girls.

The team started well and at quarter time they had kept the margin to four goals in favor of Trinity. Our girls kept to the team structure and played some really tough netball. They showed their versatility in many positional moves and the score changed leads several times throughout the game.

In the end, Trinity was too strong on the day and the girls did a wonderful job to keep the score to a four goal defeat. We farewell our year 12 girls; Tayla, Teagan, Amelia, Kyla and Jordyn who will be missed.

The best on court MVP, as voted by the Trinity coach was Tayla Dawkins. 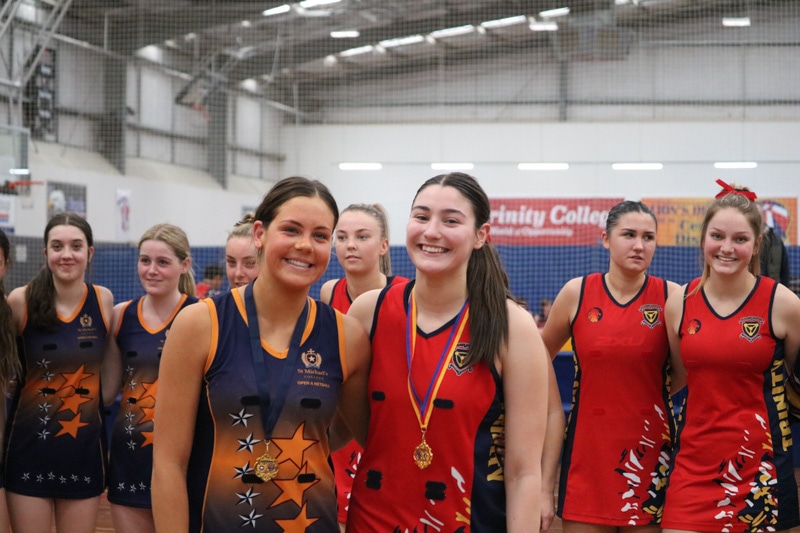 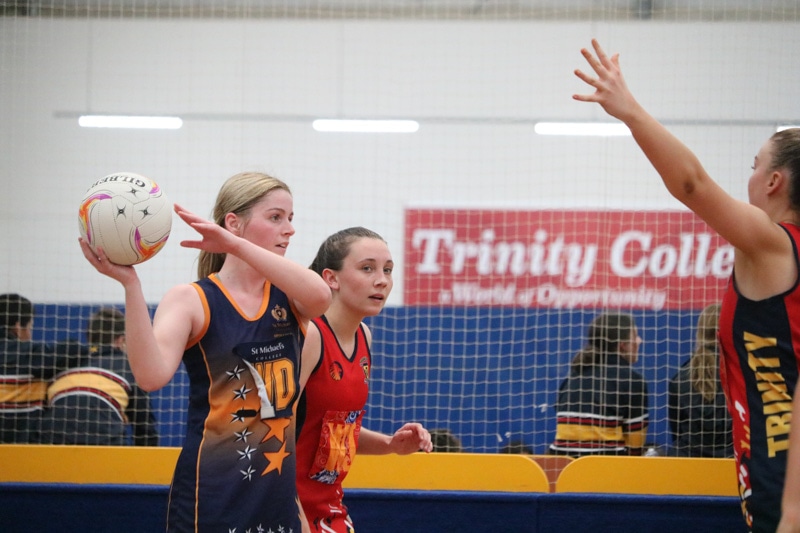 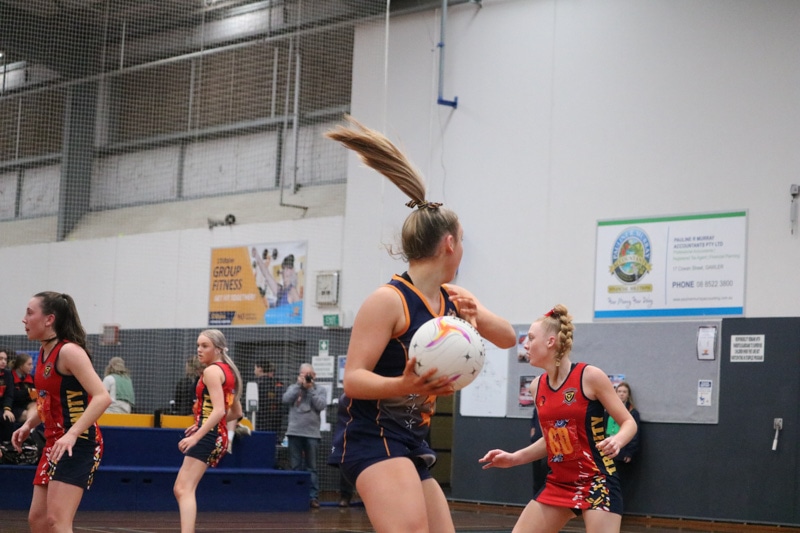 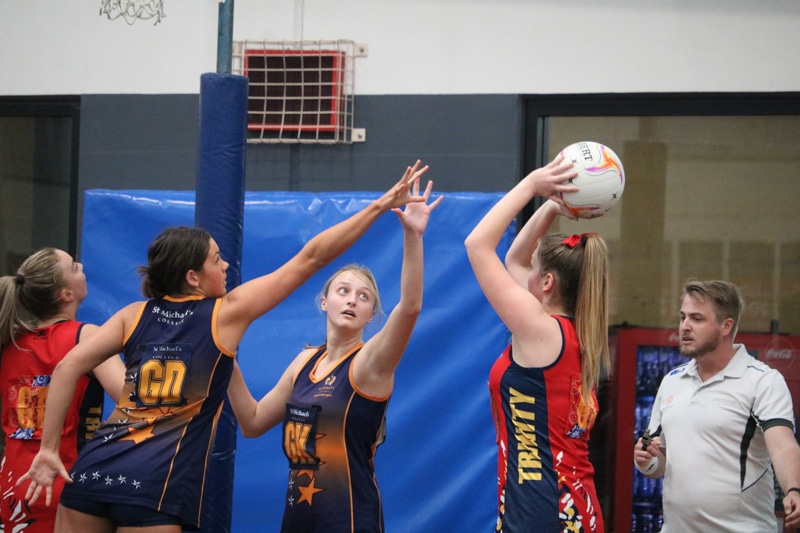 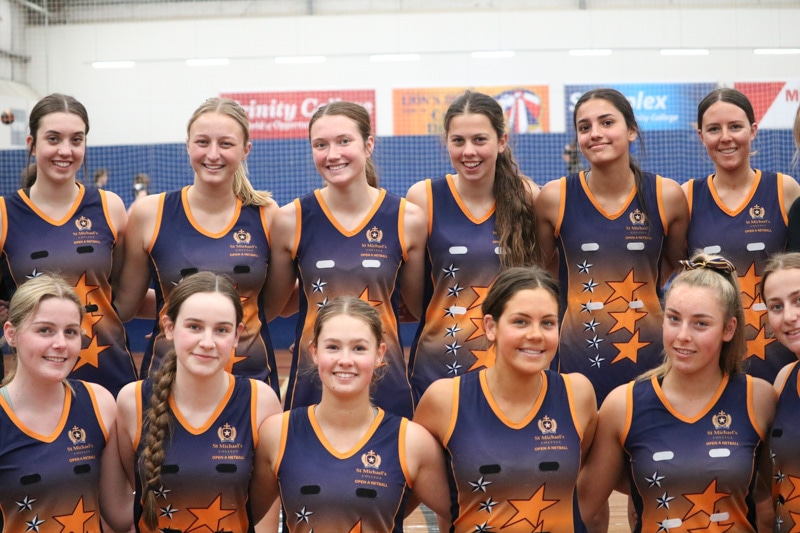 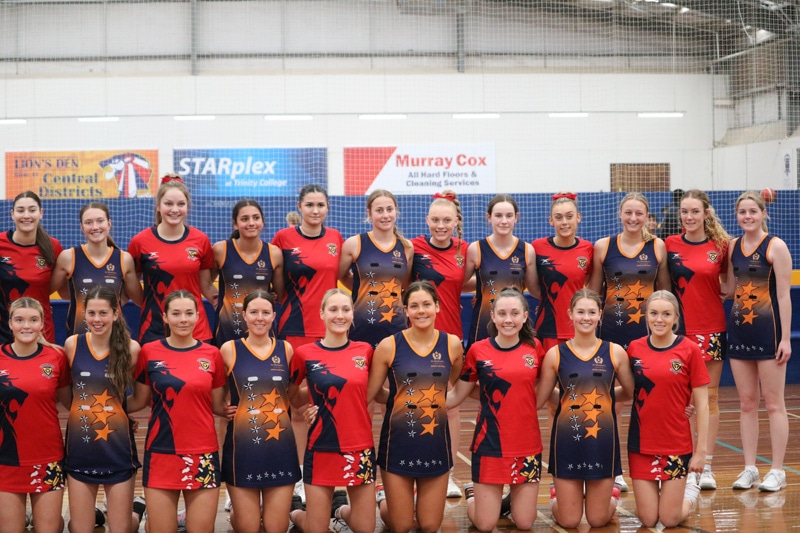 On Monday 29 August, the Year 9/10 Knockout Netball team progressed through to the day of Finals held at Netball SA after two previous knockout rounds throughout Term 2 and 3 against other schools. There were six schools in the Year 9/10 Div 1 competition that had made it through to this day, Westminster, Scotch, Cardijn, Bordertown, Caritas College and St Michael’s. Our team had two successful and hard-fought games to start the day beating Westminster by 1 goal and then Caritas by 4 goals. Finishing top of our Pool, we then had a crossover game against 2nd placed Bordertown of their pool. Battling some heavy rain and fatiguing bodies, the team did really well to come away with a 24-goal win to take us into the Grand Final.

Treated to an indoor final game after being outside in the rain, there was excitement and anticipation knowing we were coming up against Westminster again – the team we had a great battle with in game 1. It was a tight contest the entire way through, never being further than 3 goals separated. Each quarter was building with excitement knowing that it was going to be a close finish. There was some remarkable skill from both teams on display, fantastic sportsmanship, and moments of courage all down the court. Our St Michael’s team ended up as 3-goal winners after a very nerve-wracking final minute. Such an amazing achievement to come away as State Premiers from a competition that began with 49 schools competing.

Congratulations girls, a very deserving finish for an incredible team. 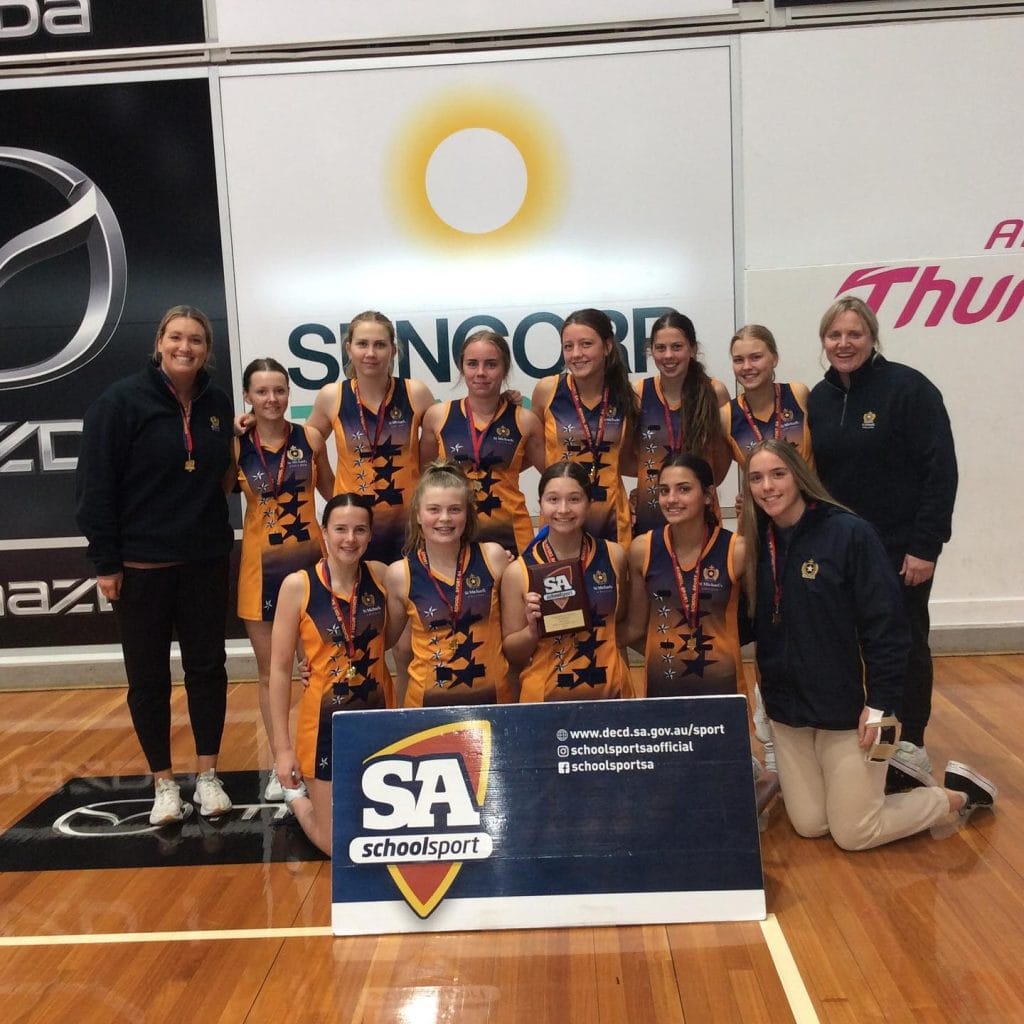 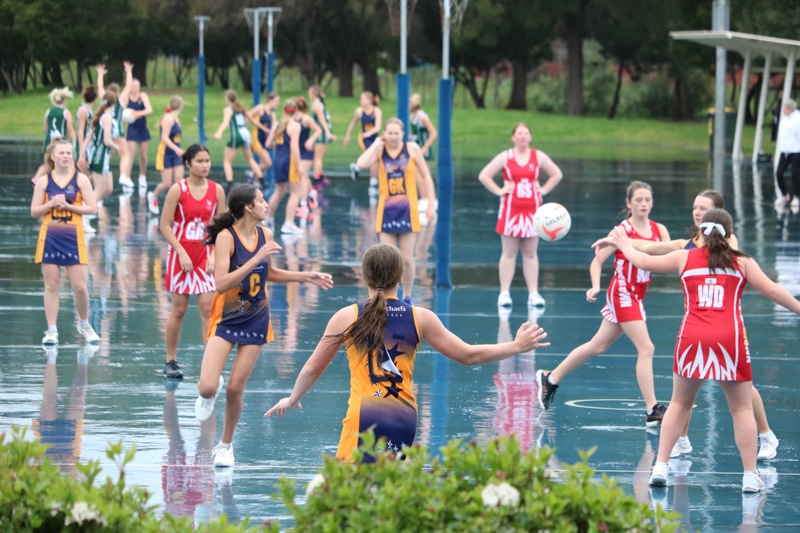 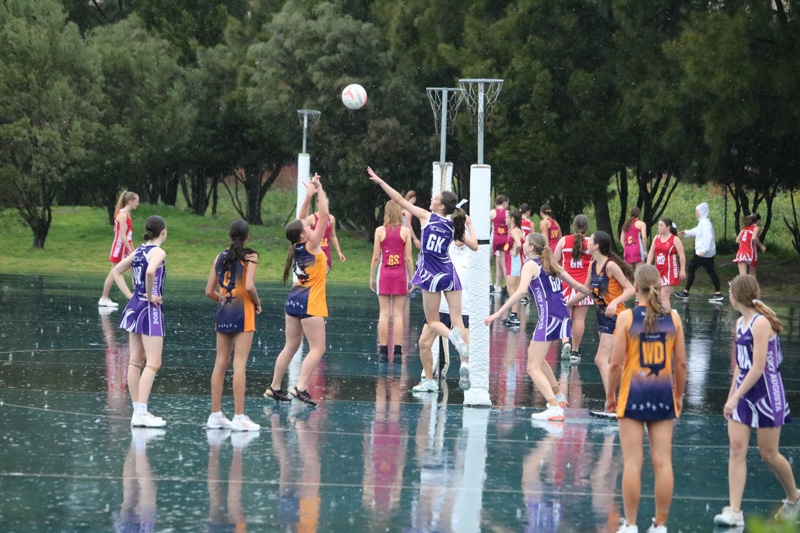 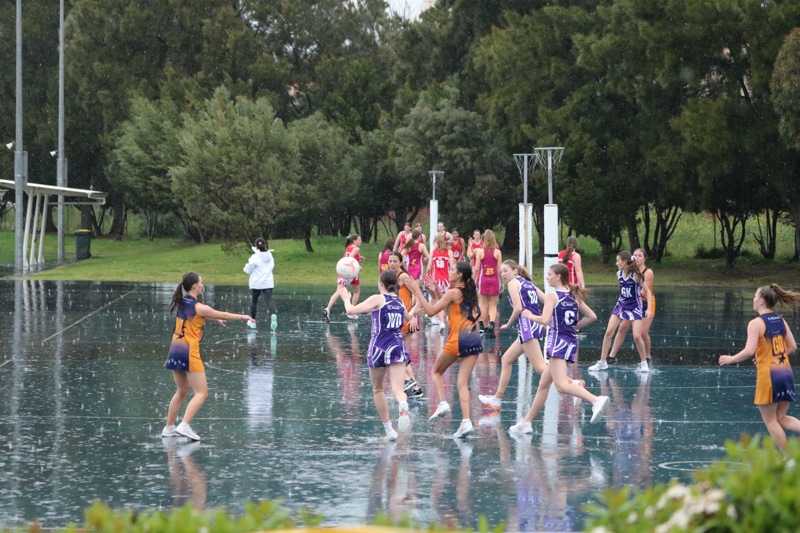 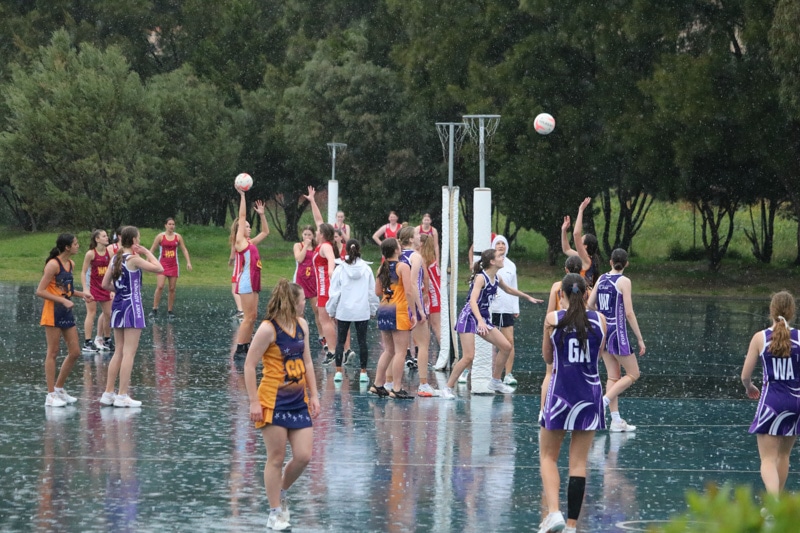 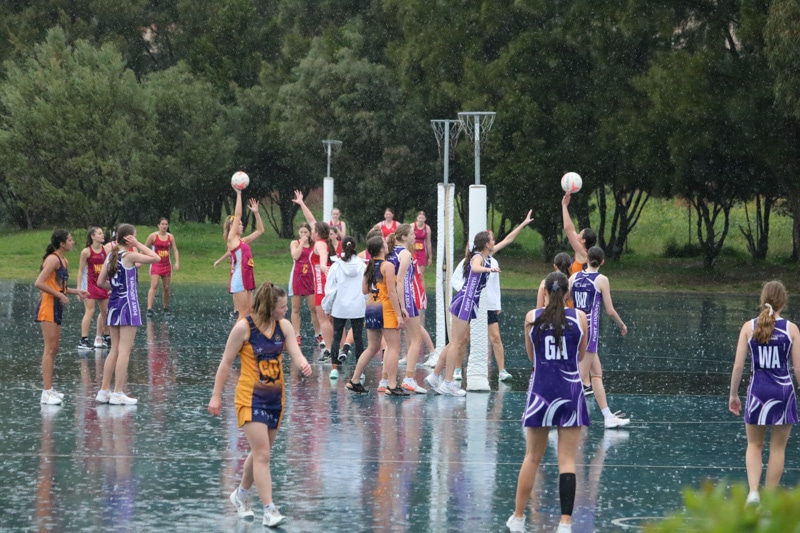 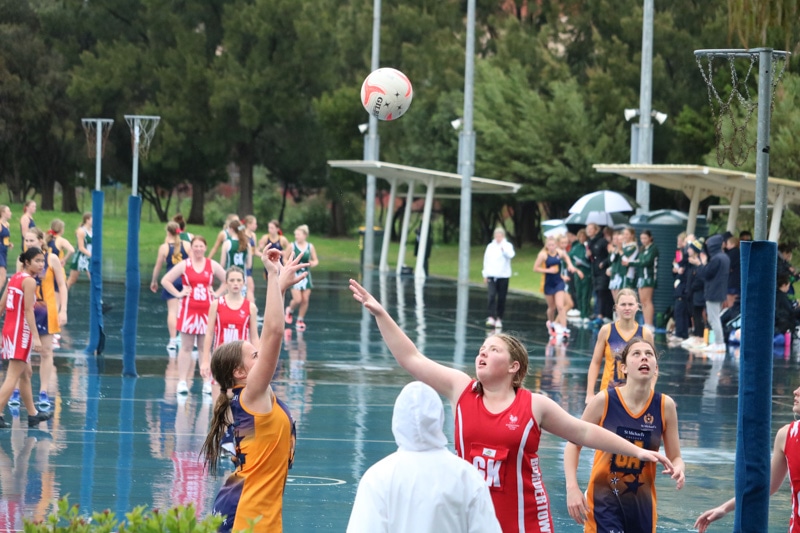 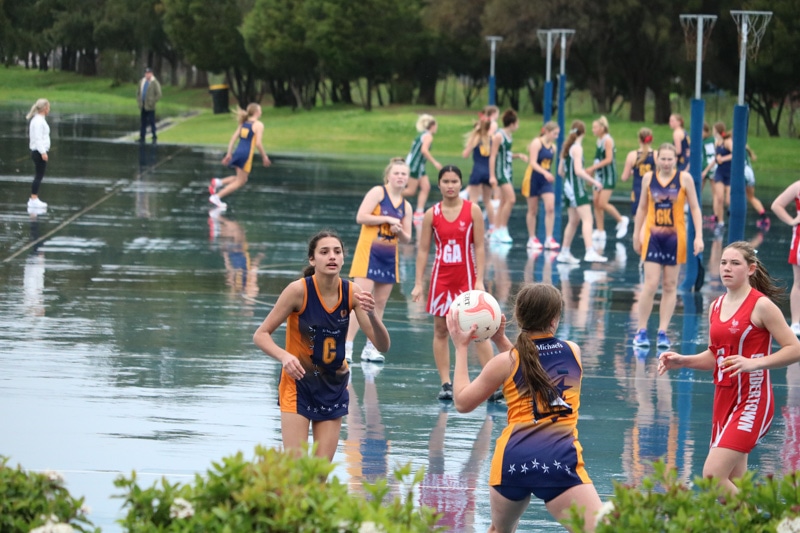 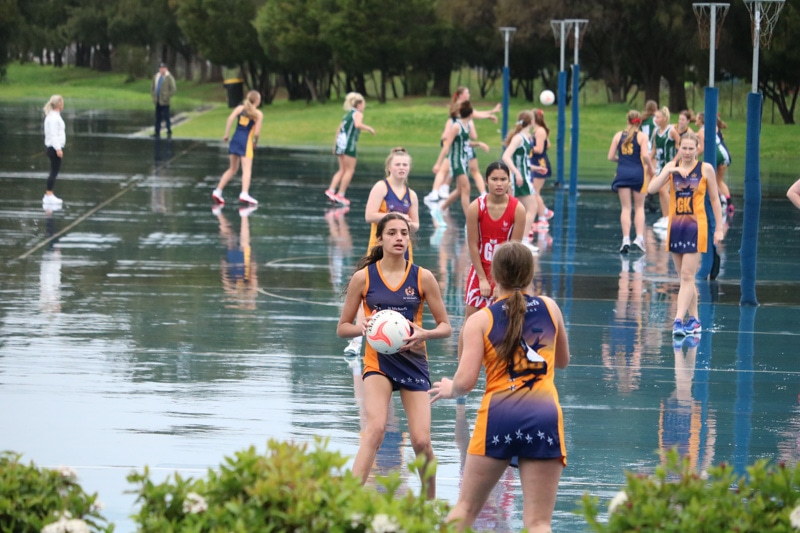 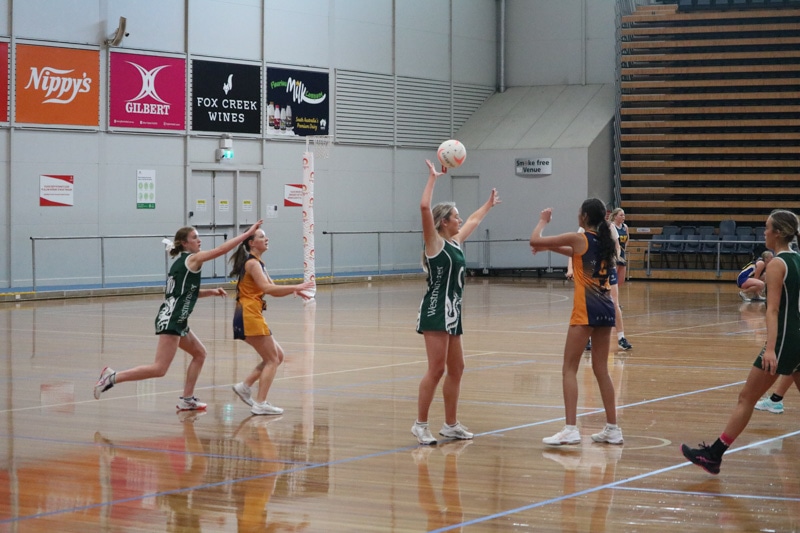 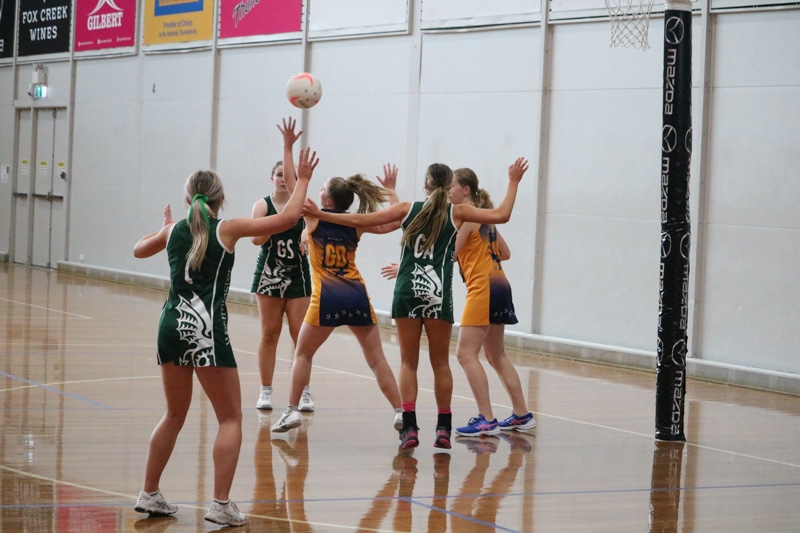 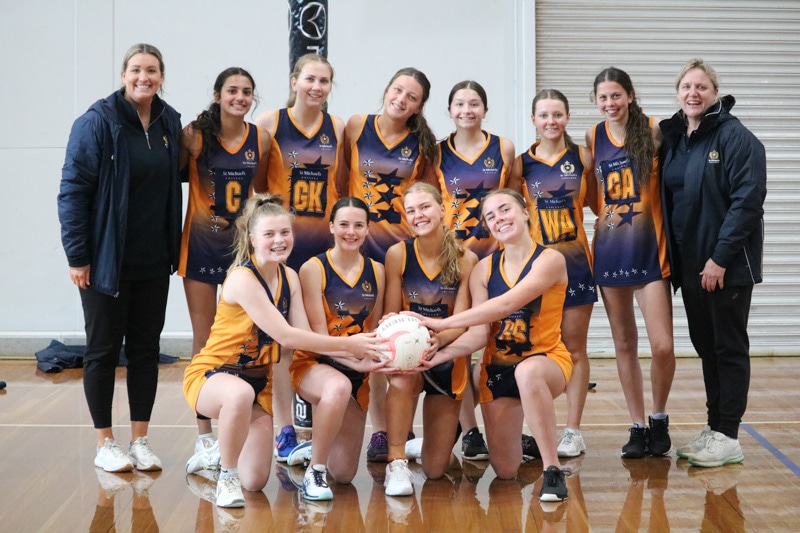 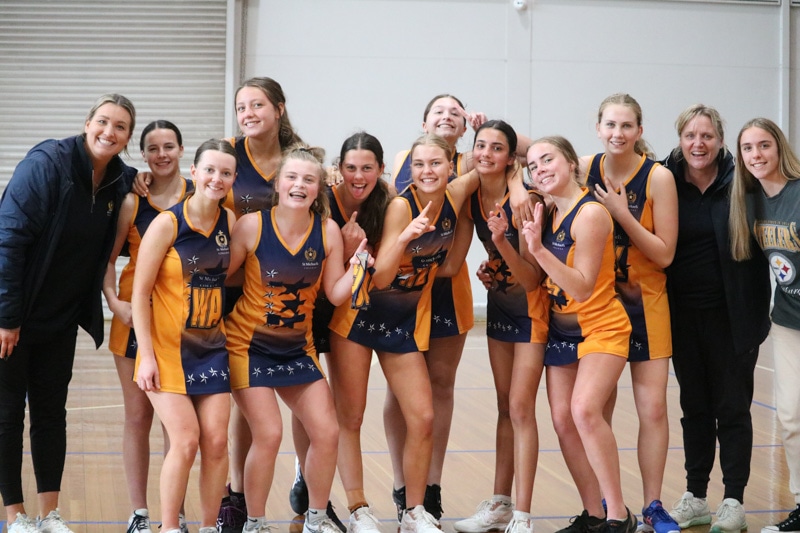 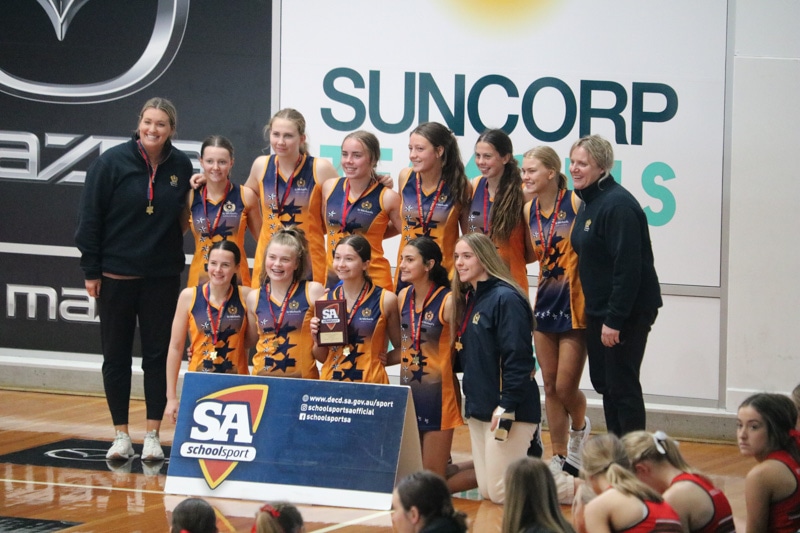