The College wishes to acknowledge Year 11 student Avah Topp (11PC-08) on a commendation received from a member of the public.

Avah was recently involved the National Pharmacies Christmas Pageant in which she played the role of a clown on the ‘A Violin for Christmas’ float along with students Claudia Sherratt (11PC-08), Chelsea Liu (11PC-04), and Bridie Dolan (11PC-01). Their role was to create funny routines with their props of ice creams and cakes, and try to put as many smiles on the audiences faces as possible, and Avah did just that.

The member of the public contacted the College to express the following sentiment, “We had two brief interactions with Avah and both times she showed such kindness for my daughter, who has Down Syndrome. The first time was on Friday during the photo shoot for the Advertiser and my daughter was nervous about being on some stairs and Avah reassured her and made her comfortable. The second time was on Saturday when my daughter was feeling a bit overwhelmed and Avah saw her from a distance and came over to cheer her up. I was really impressed with selflessness and kindness. She’s a credit to her parents and her school.”

Thank you Avah for being a supportive and caring role model at St Michael’s College and in the wider community. 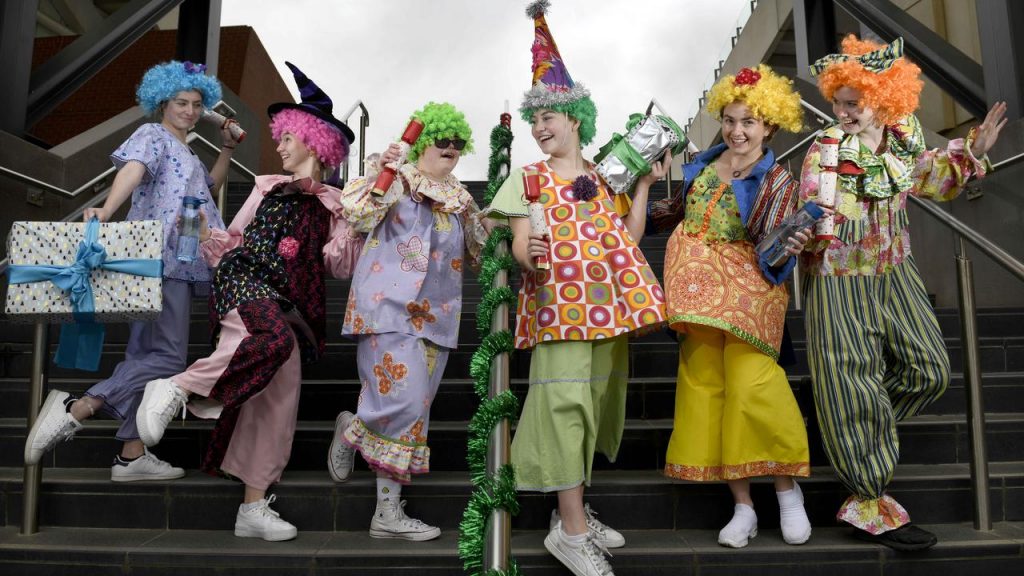 Avah pictured second from the left