THANKS TO UNCLE ROD O’BRIEN – WELCOME TO COUNTRY 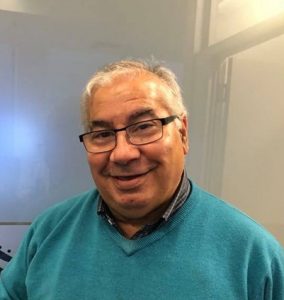 At the beginning of the College year, staff were fortunate to witness the “Welcome to Country” given by Uncle Rod O’Brien. The Welcome recognises both Aboriginal people from another country and non-Aboriginal people. The Welcome can only be undertaken by Kaurna people having the authority and respect within the Kaurna community.

Uncle Rod O’Brien is a proud Kaurna Elder and Cultural Advisor who works at Wirltu Yarlu, at Adelaide University, where he brings a wealth of experience, knowledge and pride in his Aboriginal heritage and culture and a willingness to share, teach and grow. Uncle Rod advises on a range of Aboriginal matters and provides culturally appropriate support to all students and staff of the university.

We thank Uncle Rod O’Brien for his time and effort in presenting the College with The Welcome to Country and we look forward to working with him in the future.

ANNIVERSARY OF THE APOLOGY (13 FEBRUARY)

On 13 February 2008, Prime Minister Kevin Rudd publicly apologised, on behalf of the Federal Government, to the Stolen Generations – the Aboriginal and Torres Strait Islander children who were forcibly removed from their families and communities by successive colonial and Australian governments.

The Stolen Generations refers to Aboriginal and Torres Strait Islander people who were forcibly removed from their families and communities as children. From the early 1800s to the mid-1900s, a series of government policies enabled the removal of many thousands of Aboriginal and Torres Strait Islander children from their homes and communities. They were sent to children’s homes and training institutions and/or were fostered or adopted (usually by non-Indigenous families). In addition to the trauma of being forcibly removed from their families and communities, many children suffered significant physical, sexual and/or psychological abuse from those who were supposed to be ‘caring’ for them. The trauma of these experiences continues to impact many members of the Stolen Generations and their families today.

The apology was a significant milestone for Australia’s Indigenous peoples as it was the first time that the government formally acknowledged the mistreatment that Aboriginal and Torres Strait Islander peoples were forced to endure under successive colonial, Commonwealth, State and territory ‘protection’ and ‘welfare’ laws and policies. At the time of the apology, the government also committed to decreasing social inequality between Indigenous and non-Indigenous Australians through the Closing the Gap initiative.

At St Michael’s College we respect all races and endeavor to work toward Reconciliation with our Indigenous students, their families and with all Australians.