On Tuesday 10 August, the Year 8/9 Girls Football Team took on the undefeated Nazareth Catholic Community and Blackwood High at Woodville South Football Club. The girls got off to a great start in both games ensuring we had commanding leads into the second halves. Some great defensive work from Madison Kravinskis and Asha Meers ensured that the ball rarely got through into the opposition’s forward line, holding both Nazareth and Blackwood to 6 goals collectively. This enabled SMC to comfortably move through to the Grand Final of the Statewide Knockout Competition later this term.

Even though the girls had to play back-to-back games their pressure and attack on the footy was relentless. Some excellent forward tackling pressure from Amelie Kempster, Lili Dixon, Amelia Boys and Maddison Neilson helped keep the ball forward and allowed 18 majors, including 3 from Zahlia Niemann, a casual 5 from midfielder Emma Kilpatrick across both games and a quiet 4 from ruck Jessie Buhagiar in the last half of the second game.

Both games, however, were won by SMC in the midfield. Emma Kilpatrick, Jessie Buhagiar, Zahlia Niemann, Lily Shea, Zara Kemp and Skye Nagel were all consistent contributors in the midfield and won lots of the ball through pressure on the ball and hard running. Well done to the team for progressing through to our consecutive 8/9 Grand Final appearance. 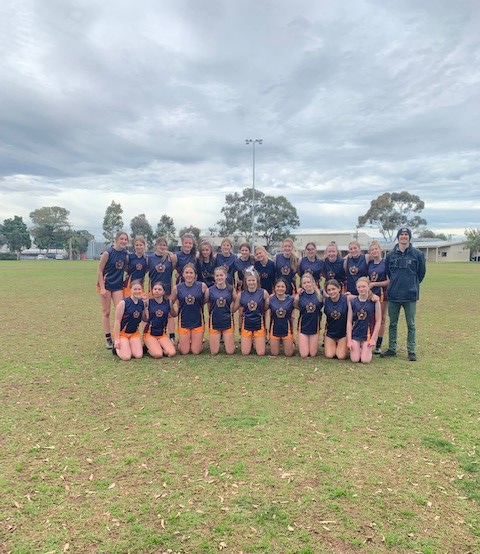