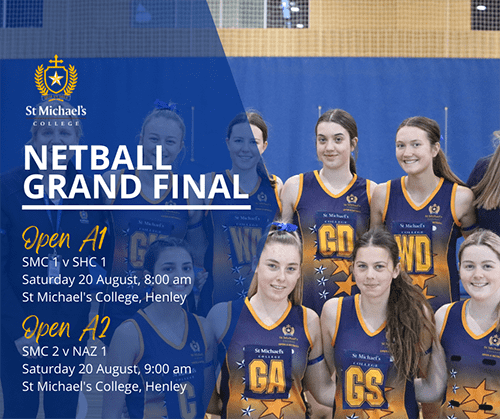 This Saturday is our final round of Netball for Term 3.

This is one of the most successful years that our netball teams have had with 12 out of 18 netball teams playing in Grand Finals for first position. In particular, our Open A1 and Open A2 teams who played in the same competition for minor rounds have finished minor premiers in A1 and A2! They will both play at SMC on Saturday at 8:00 am and 9:00 am in Founders Hall.

The Open A1 game will be live streamed – please click here to view the livestream.

This year Karen Watts our Open A1 coach initiated a buddy system with our Open A1/A2 girls with the 7A1/A2 girls which was a wonderful introduction for some of our new Year 7’s playing sport at St Michael’s.

The 7A1 and 7A2’s are also both playing in Grand Finals at St Michael’s this weekend along with our 7C2, 8A1 and 8C1 teams (please click the fixture link above for the other grades and venues).

It would be great to see many spectators cheering them on!

On Tuesday 16 August, the Open A Girls Basketball Team participated in the first round of Division 1 Knockout Basketball at St Clair. Behind some great team defence and contributions from all ten girls, our team was able to win two out of our three pool matches, putting us into the final playoff of the day against Tenison Woods. The girls were down by two at half time, but found their three point range in the second half helping them to win by 9 points and qualifying them for the Statewide Knockout Final Day in week 9! All ten girls played their hearts out every game and worked incredibly well together! 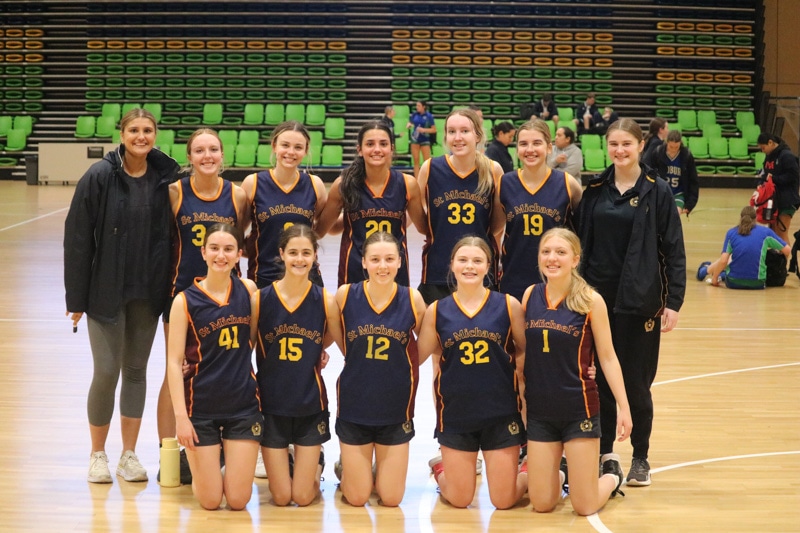 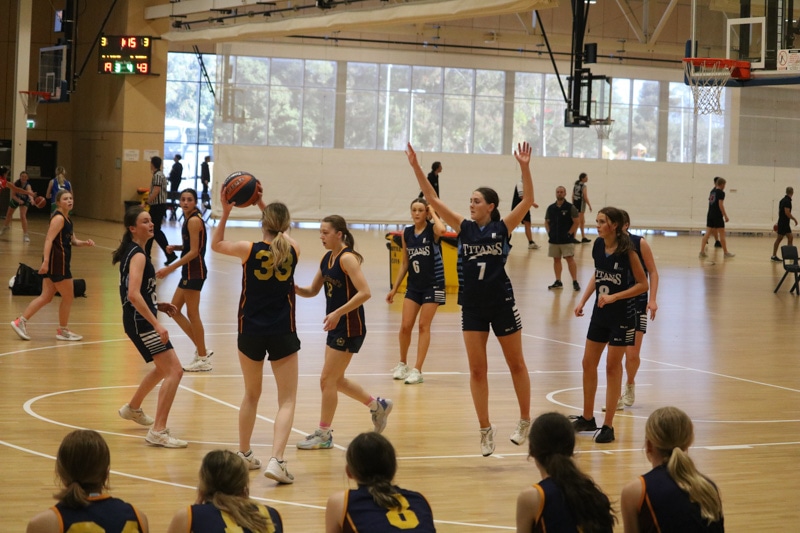 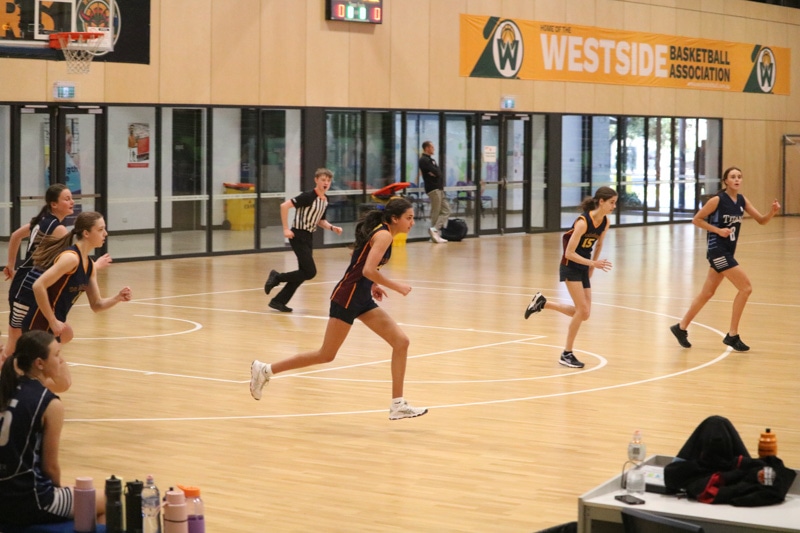 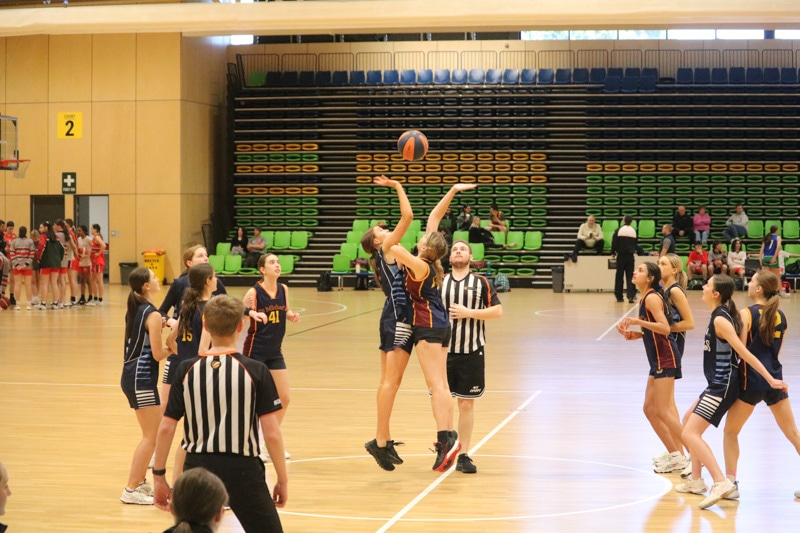 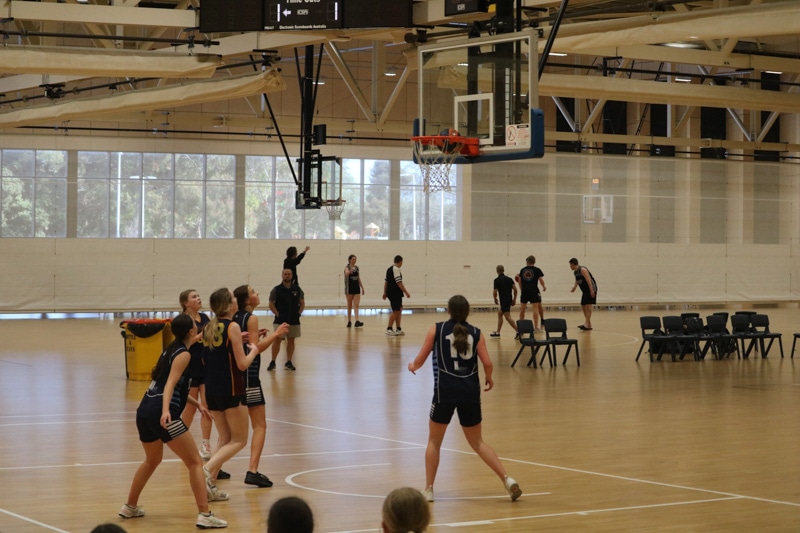 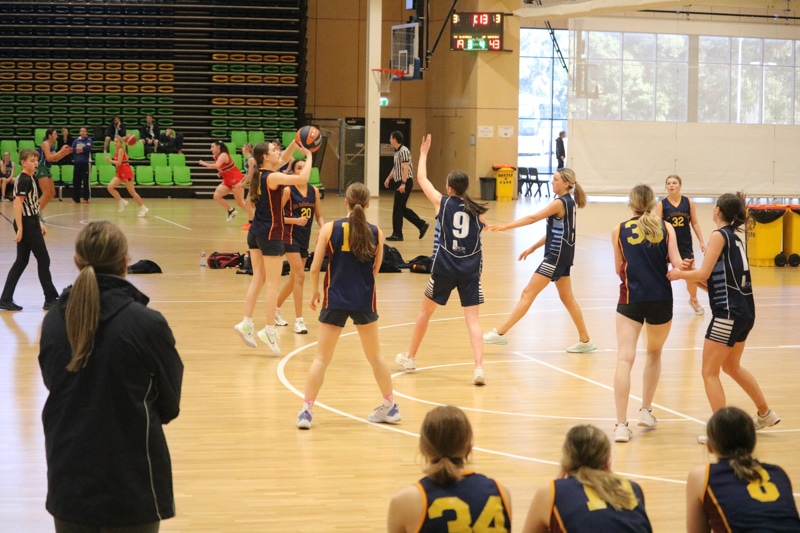