St Michael’s played Sacred Heart in the first game of the day which saw a very even first half of football with neither team able to find a way to break away from the contest. It was St Michael’s that were able to find a 3-goal lead in the 3rd quarter, using the wind to their advantage. Isabella B and Halle R finished some classy goals up forward. In the last quarter, St Michael’s were able to hold off Sacred Heart with the wind due to some wonderful defensive efforts from Madison K and Claudia S, and proved too strong on this occasion, defeating Sacred Heart College by 18 points.

After Sacred Heart narrowly defeated Golden Grove High School, we knew we were in for another tough game to secure a spot in the Grand Final. Golden Grove started strong, matching our strength around the contest. It wasn’t until the second half where St Michael’s started to outrun the opposition and move the ball fast through the midfield. Co-captains Avah T and Bridie D led front the front and were brilliant in the midfield all day and Lili D rucked all day against much older and taller opposing rucks. Other important contributors throughout the day included Emma K, Georgie B, Isabella B, Sienna K and Teagan D. St. Michael’s finished up winning by 39 points and secured a 4th consecutive Grand Final appearance. 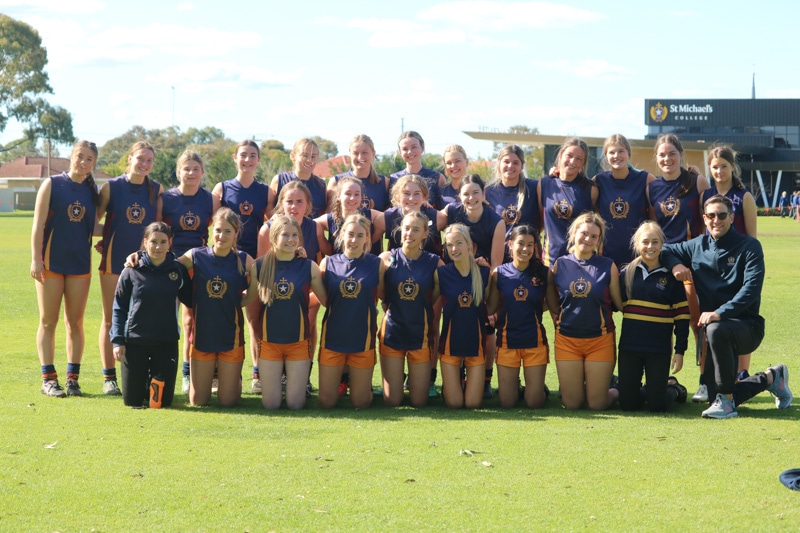 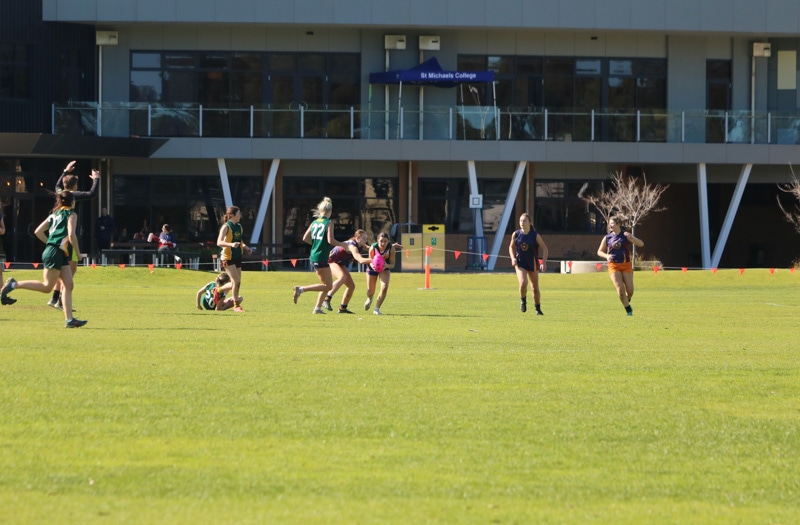 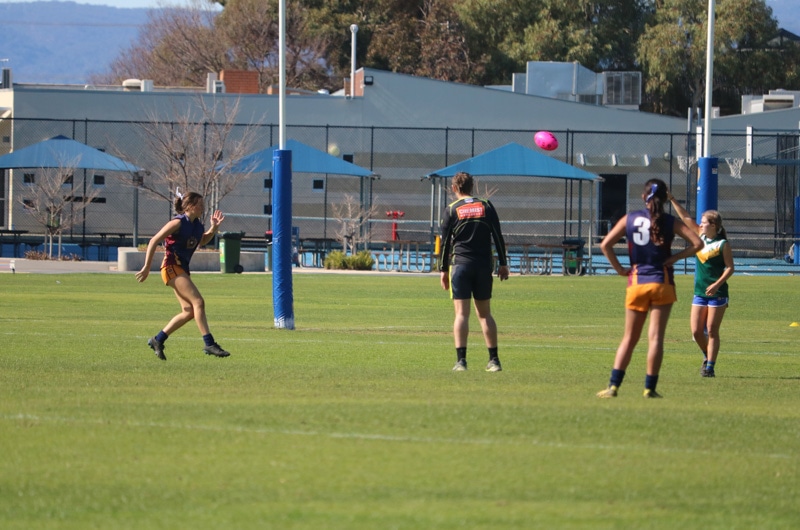 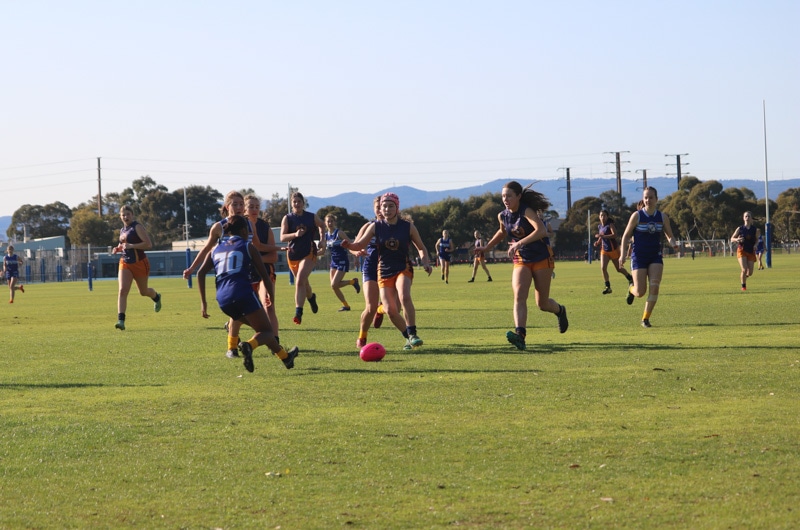 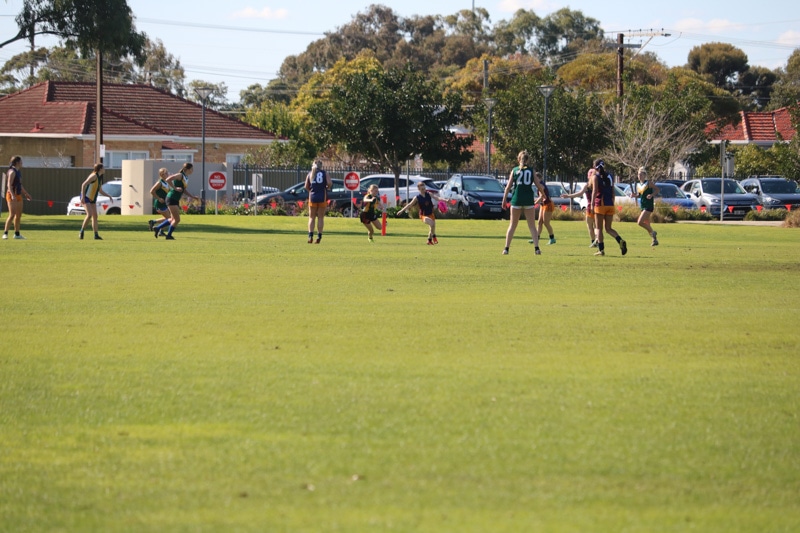 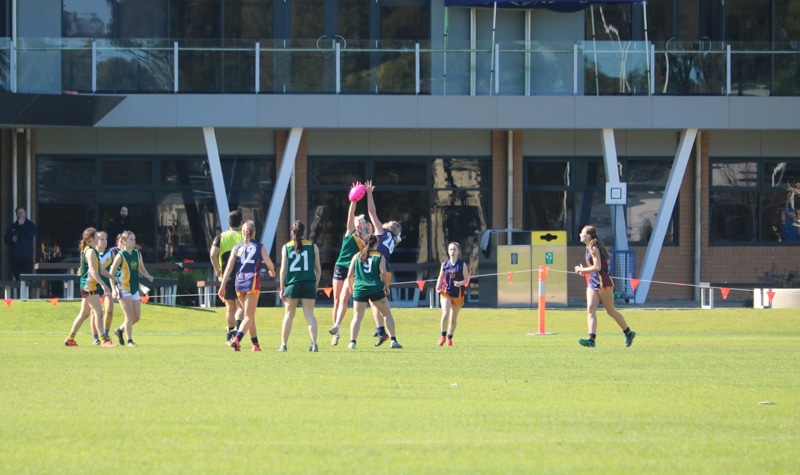 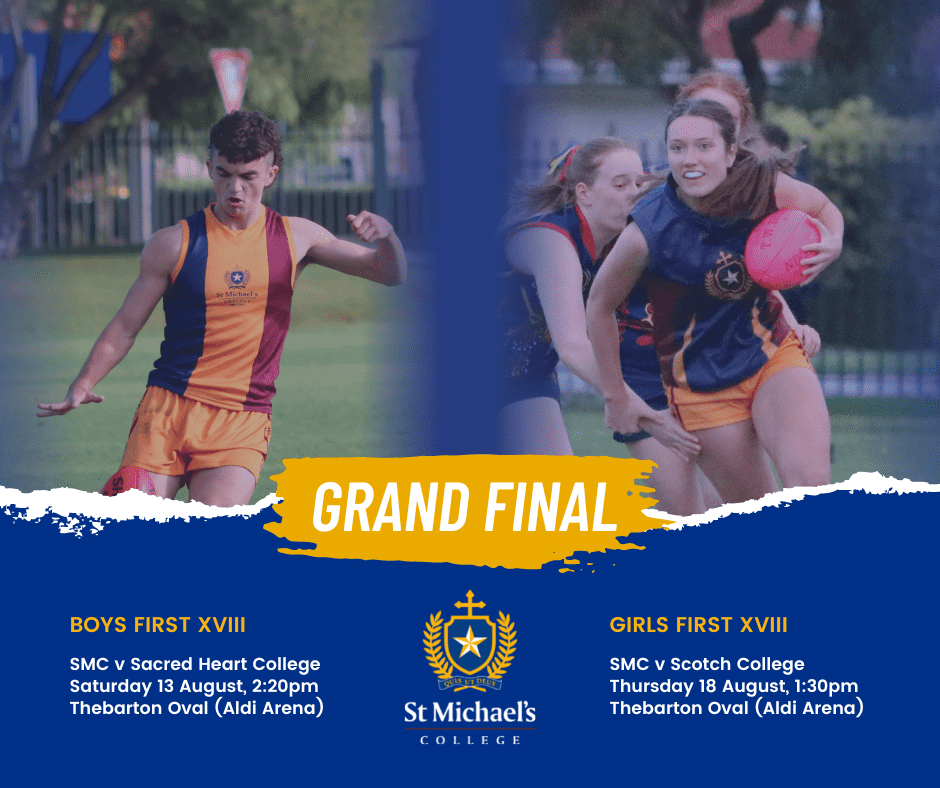