In Week 1 of Term 2, the Open Girls Football Team played their annual Caica Cup game against Henley High School. The game started in Henley’s favour, kicking with the breeze. St Michael’s fought hard to stay in the game, leading by 4 points at the quarter time break. St Michael’s were too strong in the middle during the 2nd quarter, opening the game up via some excellent midfield work. Rucks Amelia H and Lili D were instrumental in finding midfielders Emma K, Marlie F and Avah T. The repeat entries from these players helped with multiple shots at goal from our forwards, including Amelie K who kicked 2 goals in her first game. St Michael’s held strong again into the wind with some exciting defensive plays from Isabella B, Georgie B and Teagan D. It was brilliant to see our team, featuring numerous new Year 10 players, take the game on and play out a nice win by over 3 goals. Thank you to Mr Ned Health for coaching the winning Girls Football team. 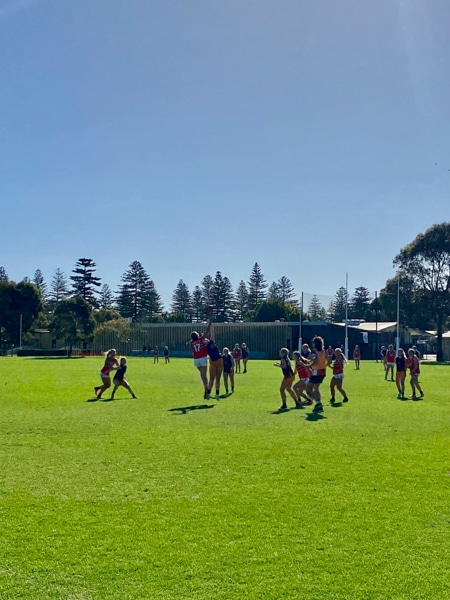 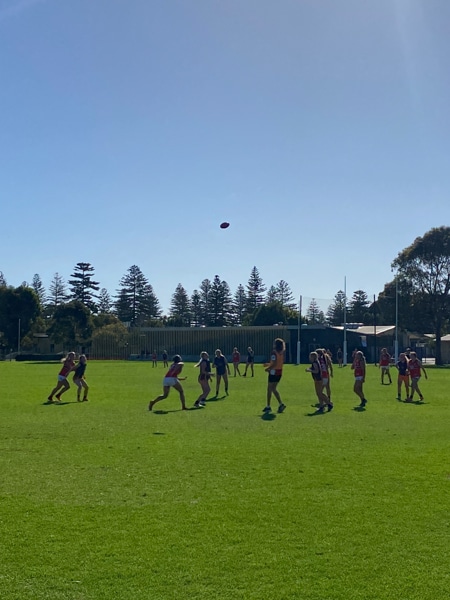 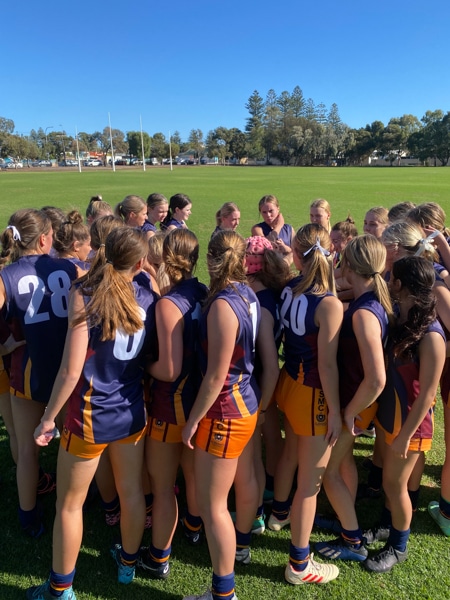